If you are inspired by this website, please consider donating to environmental group Friends of the Earth. This site is the product of alot of hard work and research. If you have gained information which you consider to be useful from visiting this site, consider donating to groups like Friends of the Earth. This website has generated tens of thousands of visits since it was first established. It is being widely used.

Where else are you going to find this type of information? https://www.foe.org.au/confirmed_that_low_level_pesticide_contamination_of_victorian_water_supplies

Your donation could help FoE keep up its groundbreaking work on pesticides and other toxic substances : https://foe.nationbuilder.com/donate_pesticides

Pesticides continue to raise concerns. There is a global groundswell of opposition to counter the decimation of bee populations from a class of pesticides called neonicotinoids. At the same time controversy over the world’s most ‘popular’ pesticide, glyphosate, is also escalating, with people concerned about glyphosate residues in food, particularly GE foods, and a range of associated health problems. These concerns were magnified in March 2015 when glyphosate was labelled as a probable carcinogen by the International Agency for Research on Cancer. Atrazine concerns have also been bubbling away for the past 20 years.

Whilst these two issues are rightly gaining support from a wide array of individuals and organisations, a multitude of argueably worse and unresolved pesticide issues remain outside of public scrutiny.  For instance organochlorine pesticides are still being detected decades after being used and health problems are still emerging in people years after exposure.

Many ongoing environmental and health problems can be attributed to pesticides, yet how does one properly comprehend the enormity of an industry which has embedded its tentacles into almost every facet of modern life?

Without understanding what has occurred in the past and the tactics that the pesticide industry and their government allies have used, how can campaigners hope to properly understand the present? The current controversies about neonicotinoids and glyphosate are history repeating itself?

Communities and individuals fighting pesticides often have a short time reference to work from, limited historical information, limited resources, and perhaps most importantly find it difficult to comprehend that tactics now employed by government and industry often echo similar battles in the past.

In almost every instance of a controversy regarding a particular pesticide, government’s have allowed the pesticide to remain in use, sometimes for decades. DDT and 2,4,5-T are good examples of government indifference and the snail’s pace at which pesticide reform occurs.

There is no centralised database in Australia that allows one to assess impacts of pesticides across the landscape. Often incidents occur in isolation and are not linked to similar issues which may be occurring elsewhere. Much information concerning pesticides is also hidden by commercial confidentiality and privacy clauses embedded in pesticide legislation, which severely limit what information government departments can release to the public and media. A ‘cone of silence’ surrounds the entire issue.

Since 2015,  individuals linked to Friends of the Earth Australia have begun cataloguing decades of pesticide incidents across Australia in the hope of shedding new light on what has happened and is happening on a national basis. Hopefully it will provide a useful stepping stone in bridging the gulf of understanding that relates to pesticides and provide a useful bridge in better understanding the past and how the past relates to the present.

It is hoped that in time people will be able to send through information so that further case studies can be explored online. The website also provides information regarding pesticide detections in water supplies, which may be of use to people concerned about land-use activities and pollution in their water supplies.

If you like this website you may want to donate to the Pesticides and Drinking Water Campaign with Friends of the Earth https://foe.nationbuilder.com/donate_pesticides 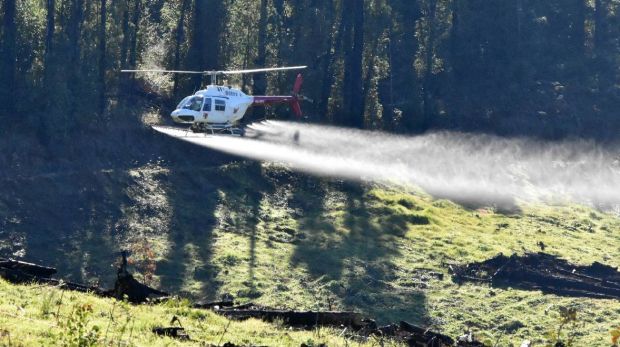